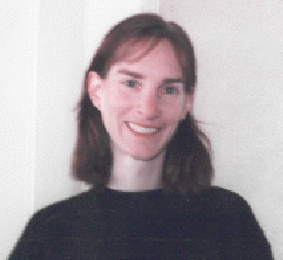 She was named Tertia because she was the third child in her family. At the age of six weeks, she moved to Quebec City where she spent her childhood and high school years. As a child Tertia was an avid reader. She asked for Alice Through the Looking Glass for her fifth birthday because she enjoyed Alice in Wonderland and had read about the sequel at the back of the book. When she was seven, her parents overheard her giving her younger brother a clear explanation of the theory of evolution: "So you see, that's how we are related to mermaids".

In 1983, upon graduation from high school, she entered CEGEP Champlain Regional College in Ste Foy, Quebec. Clearly a gifted student, Tertia graduated at 17, the youngest in her class. She received her Diplôme d'études collégiales along with a prestigious award for academic excellence, and a Université Laval entrance scholarship where she completed first year.

In 1986, Tertia returned to her birthplace and in 1989 was awarded an Honours BSc in Physics and Mathematics at the University of Ottawa, with great distinction. She also won the science faculty's silver medal for academic excellence, given to the student with the top marks in all areas of science. Her transcript shows why she received this: 28/28 first class marks, 22 of these being an A+.

In 1987 and 1988, she worked with Dr. Michel Leclerc at the Institut National de la Recherche Scientifique-Eau (INRS) of Université du Québec.

Tertia arrived at McGill University in 1989 holding an NSERC (Natural Sciences and Engineering Research Council) postgraduate fellowship, after refusing a McGill Women's Centennial Fellowship because she felt that gender discrimination should never be a factor in academic achievement. She studied numerical methods in atmospheric and oceanic sciences, and Prof. Lawrence Mysak, who taught her three graduate courses, said "she was a remarkably talented student, exceptionally bright, yet very modest".

Once her MSc course work was completed, Tertia undertook research on the temperature and salt circulation of the Indian Ocean, and completed her thesis in record time (about six months). The external examiner for her MSc thesis, Prof. Mike Foreman, found her research outstanding. She won the Canadian Meteorological and Oceanographic Society's (CMOS) Graduate Student Prize, awarded at the Society's 1991 annual congress.

She immediately started PhD research in the Department of Atmospheric and Oceanic Sciences of McGill, and began by writing a literature review on the role of the oceans in climate. Her instructor, Prof. Andrew Weaver, was so impressed by this review that he asked her to join him as a co author for a follow-up paper, recalling she was more like a colleague than a student. At McGill, she received the top marks in every MSc and PhD class.

In 1992, Tertia moved to the University of Victoria's School of Earth and Ocean Sciences where Prof. Weaver had accepted a faculty position. With support from major national fellowships, Tertia examined ocean circulation and atmosphere-ocean interactions, completing her thesis in 1995. She became so respected that, even as a PhD student, she began to review manuscripts for scientific journals. She remained at UVic as a Research Associate for nine months, collaborating with many scientists in national institutes.

During her years at UVic, Tertia developed many close and lasting friends who enjoyed her warmth and kindness. She was an active organizer of social events such as going-away parties, baby showers and birthdays. Prof. Weaver says that Tertia was one of the most remarkable persons he has ever worked with. She was extraordinarily bright and energetic, easily accomplishing the work of several people.

In January 1996, Tertia moved to Princeton University to work with Prof. Jorge Sarmiento. She immersed herself in her new job with the same enthusiasm, energy and dedication that she had shown in her graduate and undergraduate days. She developed a deep understanding of the ocean carbon cycle and became the lead investigator in a project to study the effect of this cycle on climate warming. This included a major contribution towards the development of the next generation of computer models used to study ocean circulation, climate change and global warming.

Upon hearing the news of Tertia's death in 1998, the response from scientists around the world was overwhelming. Because she died so young, her further successes were lost and will be missed by the world scientific community.

The Canadian Meteorological and Oceanographic Society (CMOS) has named its Graduate Student Prize "The Tertia MC Hughes Memorial Graduate Student Prize" in her honour. The Prize includes a financial award from contributions received from friends and CMOS members. The first award was made at the 2000 CMOS congress in Victoria.